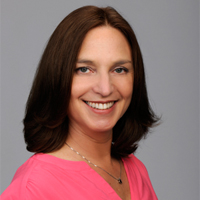 Marcy Lefkovitz is Vice President of Technology & Workflow Strategy at Disney | ABC TV, where she is responsible for working with Operations and her business partners to recommend and implement the next generation of broadcast innovation. A 20 year veteran of ABC News, Lefkovitz helped ensure smooth transitions to the use of non-linear editing, shared storage and asset management, journalist field newsgathering, digital archive, and control room automation. She was deeply involved in launching the Fusion joint venture with Univision, where she helped to build a facility in Miami which marries state of the art newsroom technologies with smart, efficient workflows. Lefkovitz graduated from Brown University and received her Master’s in Broadcast Journalism from NYU. She began her journalism career at ABC in the Political Unit after which she spent 6 years as an independent documentary producer, where she worked on award-winning projects for A&E, a 26-part series called Heroes, as well as Biography: James Cagney; 10 one-hour shows, A History of the 80s, which was broadcast on The History Channel; a series for PBS on human rights issues narrated by Charlayne Hunter-Gault, Rights and Wrongs; and a film for PBS she shot in Czechoslovakia, The Journey of Butterfly. Lefkovitz returned to ABC News in 1994 as an editor for Turning Point and The Century. She transitioned to hard news in 1998 when she joined the staff of World News Tonight, first as an editor and then as a producer. While at World News Tonight, she edited segments for award-winning shows, including Bob Brown's Millennium coverage, Ronald Reagan's funeral and the Gulf Wars. She transitioned to a technology and operations role in 2007 when she became Director of News Production, and she’s been in her current position since 2014.