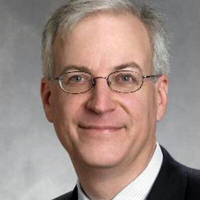 Harry A. Jessell is editor and co-publisher of NewsCheckMedia LLC, publisher of TVNewsCheck.com, a leading source of business news for the broadcast television industry, and NetNewsCheck.com, which covers the burgeoning world of digital media. Harry’s Jessell at Large column, published Fridays, is a must-read for anybody with an interest in TV broadcasting, the oldest and still most-watched TV medium. In the column, he tracks industry trends and advocates for minimal regulation of media and strong First Amendment protections. In addition to overseeing editorial content, Harry speaks regularly at industry events and manages content creation for TV2020: Monetizing ATSC 3.0, a conference presented at NAB Show New York; and NewsTECHForum, a conference co-located at the Sports Video Group Summit each December. Harry has covered the television industry since 1979, covering beats that included technology, regulation, cable TV and finance. For 25 years, he worked at Broadcasting & Cable, the last seven as its top editor. He is a proud native of Pittsburgh and graduated from Duquesne University there in 1976 with a B.A. in journalism. He lives with his wife, Rosemary, in Chatham, N.J., a suburb of New York City, and watches the Pirates at every possible opportunity.