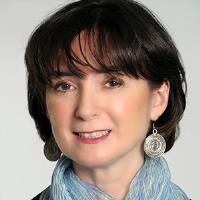 Janet Stilson specializes in writing about the advertising and media businesses. Her freelance articles have been featured in many fine publications, including TVNewsCheck, Adweek, The Los Angeles Times, and The Financial Times. She’s also worked as a consultant, ghost writer, and research analyst. In addition to her freelance assignments, Stilson currently serves as editor of The Financial Manager, a magazine published by the Media Financial Management Association. Previously, she held staff positions at several business publications, among them: Variety, Multichannel News, Channels and Electronic Media (later renamed TV Week). She was instrumental in the creation of the monthly magazine Multichannel News International and the newsletter Hispanic TV Update. Stilson was also chief content officer and senior vice president of Myers Reports. Stilson was a twice-elected member of the New York Women in Film & Television board, serving as vice president of special events and (before that) vice president of programming. She is a former national board member of Women in Cable & Telecommunications.