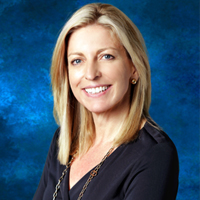 Anne Schelle is Managing Director of Pearl TV, a business consortia of broadcast companies working to develop next-generation broadcast television platforms. Previously, a senior adviser to the National Association of Broadcasters and Executive Director of the Open Mobile Video Coalition, Anne led outreach efforts by broadcasters to introduce Mobile TV services. Anne was previously CEO of Acta Wireless, providing senior advisory services to some of the nation's largest wireless and public media companies focused on the future of digital media. Anne currently serves on the Board of the Advanced Television Systems Committee (ATSC), she is a former member of the board of directors of ConnecTV, a Pearl investment. She has also previously served as a founding member of the advisory board of the Johns Hopkins Whiting School of Engineering for Professionals.