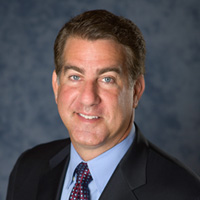 Doug has been the CEO of Sports Media Advisors since founding the company in 2009. SMA is a boutique advisory firm focused on the intersection of sports, television and digital media and Doug has worked on all of SMA’s engagements including matters on behalf of the NFL, MLB, NASCAR, USTA, UFC, Duke Men’s Basketball, Twitter, ActionStreamer, NextVR and numerous private equity firms. He began his career as an attorney at Proskauer Rose, a leading global law firm with the nation’s top sports law practice, before serving as EVP, Media at the National Hockey League and as President of IMG Media. Throughout his career Doug has been recognized by multiple industry publications and other entities as a leader in the businesses of sports, media and technology. Recognitions include being named by The Sporting News as one of the 100 Most Powerful People in Sports and being named to the Sports Business Journal’s “40 under 40” three times, earning a spot in their Hall of Fame. Doug is a graduate of Duke University where he received a BA, cum laude, in political science and of the University of Virginia where he received his J.D. He lives in New Canaan, CT with his wife, Lisa, and their three boys.