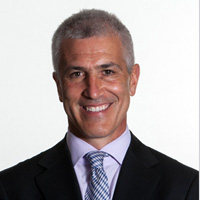 Chris Bevilacqua is a co-founder of Bevilacqua Helfant Ventures (BHV), a New York based sports and media advisory and investment firm. Over the past 30 years, Chris Bevilacqua has established himself as a leader in the sports, media and technology business, including being at the forefront of two transformative eras in sports media history. Beginning in the mid-late 1990’s, Bevilacqua recognized that there were going to be enormous opportunities for content owners, especially those with valuable, under-exploited sports rights. With that in mind, in the early 2000's he founded College Sports Television (CSTV), the first-ever 24-hour cable TV network dedicated to college and amateur sports. CSTV was then followed by the launch of Fox College Sports and ESPNU. His vision and efforts for CSTV led to the acquisition of Official College Sports Network (OCSN), the digital media company that eventually became the industry-leading CSTV.com portal. After raising $100 million in private equity financing from blue chip investors during the period of 2002-2005, CSTV was acquired by CBS Corporation in early 2006 for $325 million and is now known as the CBS Sports Network. Additionally, in 2006 as part of CSTV's efforts, Bevilacqua created the first-ever 24-hour collegiate conference sports network, the MountainWest Sports Network, which served as a precursor model for the subsequent, highly successful Big Ten Network, Pac-12 Networks, SEC Network and soon to be launched ACC Network. Following CBS’ acquisition of CSTV, Bevilacqua brought his experience to the media advisory business. Beginning in 2008, Bevilacqua served as Chairman and CEO of Creative Artists Agency (CAA) Sports Media Ventures, an affiliate of CAA and Evolution Media Capital (EMC). CAA Sports Media Ventures served as a media rights advisor for a variety of sports and entertainment entities including the International Olympic Committee (IOC), Tennis Channel, Big East Conference, Big 12 Conference, Conference USA, National Hockey League, Pittsburgh Penguins and ION Television Network. During an 18-month period in 2010-11, when the growth of multichannel television and broadband was continuing to accelerate, Bevilacqua led a slew of critical sports properties into agreements that broke conventional wisdom. First, the record breaking Texas Rangers deal with Fox Sports, which at the time was the largest local rights TV deal in MLB history, more than tripling what the Rangers were previously receiving and clearly setting a new benchmark for future agreements. Second came the San Diego Padres and their new RSN with Fox Sports, which debuted in the spring of 2012. Third, Bevilacqua was the architect of the Pac-12 Conference media strategy, including the FOX/ESPN media rights agreements -- the largest and most comprehensive in college sports history at that time -- as well as the groundbreaking Pac-12 Network (and its six regional sports networks and digital network) agreements with Comcast, Time Warner, Cox and Brighthouse.