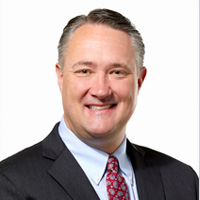 Patrick McCreery is President of the Meredith Local Media Group. He oversees Meredith’s 17 local television stations, which combined, produce 700 hours of local news and entertainment content each week, and reach more than 11 percent of U.S. households. McCreery also oversees MNI Targeted Media, which joined Meredith’s Local Media Group after the acquisition of Time Inc. McCreery has more than 20 years of experience in the broadcast industry. Most recently he served as Vice President of News and Marketing from 2014 until January 2018 when he was promoted to Executive Vice President. Under McCreery's leadership, Meredith's television stations achieved the No. 1 or No. 2 audience positions in morning or late news in most markets. He increased news hours 15 percent across the group, grew ratings in all day-parts, and improved the group's digital reach, which now includes more than one million unique app users and more than five million Facebook fans. McCreery has worked for Meredith since 2003, starting as a Special Projects Executive Producer at KPHO in Phoenix. He then spent more than 10 years at KPTV-TV/KPDX-TV, Meredith’s Portland-based duopoly. He started as Assistant News Director, eventually working his way up to Vice President & General Manager, a position he held for six years. Earlier in his career, McCreery worked at stations in San Francisco and Toledo. McCreery served on the Board of the Oregon Association of Broadcasters for 6 years. Previously he served on numerous non-profit Boards including Lines for Life, Muscular Dystrophy Association and the American Heart Association. McCreery is a 1994 graduate of The Ohio State University with a Bachelor’s degree in Journalism. “Although I am fortunate to have such an amazing job, the best parts of my day begin and end with my wife Julie and our three children, Elle, Jake and Lane.”