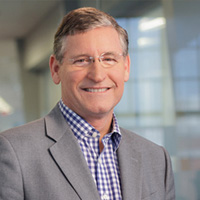 Donald P. (“Pat”) LaPlatney has served as a director and our President and Co-Chief Executive Officer since January 2019. Immediately prior to the joining the Company, Mr. LaPlatney served between July 2016 and January 2019 as the Chief Executive Officer and President of Raycom Media, Inc. (“Raycom”), a television broadcasting and media company acquired by the Company in January 2019. Mr. La Platney also served as a member of the board of directors of Raycom from 2016 until January 2019. Prior to that, he served as Chief Operating Officer of Raycom from April to July 2016, as Senior Vice President from 2012 to April 2016 and as Vice President, Digital Media from August 2007 to 2012. Before joining Raycom in 2007, Mr. LaPlatney held various executive positions at The Tube Media Corp., Westwood One and Raycom Sports. Additionally, Mr. LaPlatney serves as a board member of the National Association of Broadcasters and Vice-Chair of the NBC Affiliate Board. In addition to his operational knowledge in his current role as Gray’s President and Co-Chief Executive Officer, Mr. LaPlatney brings to the Board significant leadership experience in executive roles at broadcasting and media organizations, providing valuable insight to the Board and allowing him to contribute to its growth and operations.