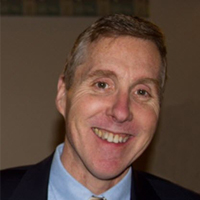 A veteran producer of TV and online video content, Brian Donlon began his career writing about the television industry as the New York-based TV beat reporter for USA Today. Observations and conversations with program producers, heads of major broadcast and cable networks, technical crews and distributors later informed the trajectory of Brian's career leading him first to Lifetime Television in 1993. There, he created and successfully managed a new network sports division, Lifetime Sports, and he paved the way for the company's entree into digital media with the creation of Lifetime Online, now one of the most visited web sites for women. From the communications and programming side of the television industry, Brian migrated to actual production, and in 1999, he became a member of the senior production team that launched CBS' Early Show with Bryant Gumbel. That incarnation of the program drew record ratings. In 2003, Brian founded Willoughby Productions, where he has since designed, developed and produced all types of content for the digital, cable and broadcast television marketplace. These have included Cold Pizza, ESPN's first morning news and information program, which Brian created and executive produced, along with its afternoon spinoff program, ESPN's 1st and 10 – now known as First Take and the inspiration for several imitators on national and local sports networks. In 2007, he was one of the founding executive producer hired to launch the new Fox Business Network and was executive producer of 21 hours a week of live programming including "Fox Business Morning," "Money for Breakfast" and "Money for Breakfast Weekend." Most recently, he was a senior producer for CNBC’s “Closing Bell.” Over the years, Brian has consulted on the development and production of several online and on-air properties for Athlete.com, iVillage and the Major Indoor Soccer League. In 2011 & 2012, Brian was brought on to MSNBC as the consulting executive producer to oversee the "Steel on Wheels" tour that was part of the "The Dylan Ratigan Show." This cross-country tour of America included live TV specials, interactive web site, social media and online town meetings. It was so successful it spawned a sequel, “The 30 Million Jobs” tour. Combined the two tours visited 21 cities and towns from Oakland to Miami. Brian holds a BA in Journalism from Pace University; a MA in Media Studies with professional certification in Media Management from The New School and is an adjunct professor of Mass Communications at Iona College.