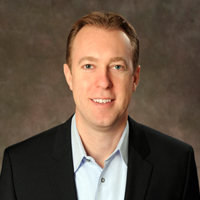 Marc DeBevoise is the Executive Vice President and General Manager of CBS Interactive’s Entertainment, News and Sports division. In this role, he oversees CBSi’s leading sites including CBS.com, CBSNews.com and CBSSports.com. DeBevoise is also responsible for CBSi’s digital content distribution strategies, and the development of both original and show-based digital video content, applications and games. DeBevoise joined CBSi from premium subscription service Starz, where he was the Senior Vice President of Digital Media, Business Development and Strategy. At Starz DeBevoise was responsible for the company’s overall digital strategy and the digital initiatives supporting its film, television and digital original content properties. He also led the generation, evaluation and execution of business development, strategic investment, and growth opportunities for all of Starz’ business units. Prior to joining Starz, he held various roles at NBC Universal, in both Digital Media and Business Development, and worked in the Technology, Media & Telecommunications Investment Banking Group at JPMorgan. DeBevoise has been recognized as one of Cynopsis Media’s “Most Intriguing People” for 2013, AlwaysOn’s “Power Players in Digital Media” for 2013, Home Media magazine’s “Digital Drivers” for 2011, The Hollywood Reporter’s “Digital Power 50” for 2010, and Multichannel News’ “40 Under 40” for 2009. He is a member of the Academy of Television Arts & Sciences, on the Executive Council for Internet Week New York, and the Board President of The Door, a non-profit organization providing youth development services. He received his M.B.A. with distinction in Entertainment, Media & Technology and Finance from New York University’s Stern School of Business and his B.A. in Economics and Computer Science from Tufts University. He lives in New York City along with his wife and their two children.