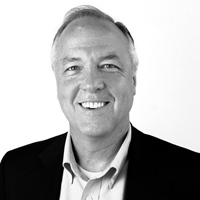 Kevin Barry has been in and around TV advertising for over 30 years. He began his career with Cablevision Systems, as a local cable ad sales rep, working for then-Ad-Sales-Director James Dolan. He left Cablevision to join Discovery Channel as an early hire, building the local ad sales department and running it for 8 years. He then moved to the Cabletelevision Ad Bureau (now VAB), where for 9 years he ran the local/MSO side of that organization’s activities. After leaving CAB, he built his own television advertising and marketing practice, where he helped TV and MVPD sales teams understand the changing business of TV advertising. For the past 5 years, he has been Head of Broadcast/MVPD channel partnerships at Simpli.fi.