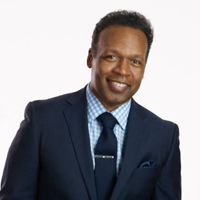 Harmon has been the Vice President of News at WNYW since April 2013. He has spent the bulk of his career in New York City, also serving as an executive producer for WCBS and WNBC for a combined ten years. In addition, Harmon spent four years as the Senior Executive Producer of Programming for CNN International, where he oversaw global news operations for the network with major production centers in London, Hong Kong, Abu Dhabi and the US. He has won 5 News Emmy Awards and a Royal Television Society Award, is the author of five published novels, and has written and produced a play and an independent film. The son of a career US Army officer, Harmon was born in Frankfurt, Germany and grew up in the small town of Lake Charles, Louisiana, where he was awarded a key to the city in 2005. After high school, Harmon joined the US Army and remains a combat veteran who served in Iraq during Operation Desert Storm.