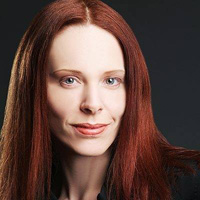 Kelley Slagle began directing, producing and editing independent films with her company, Cavegirl Productions, in 2004. In addition to producing many short films, she co-produced THE BROKEN CONTINENT, a fantasy web series, and directed the dramedy feature film OF DICE AND MEN. She just finished producing and editing the documentary EYE OF THE BEHOLDER: THE ART OF DUNGEONS & DRAGONS. Kelley freelances as a video producer and editor of industrial, training, documentary and narrative content. In 2016, she was named a Docs In Progress Fellow, a selective program for emerging DC-area documentary filmmakers. For more information on Kelley and Cavegirl Productions, visit cavegirl.com.