The LED Challenge for Film and Television

Two time Emmy-nominated lighting designer, Mike Baldassari, whose credits range from Netflix specials for John Mulaney and Ray Romano to My Next Guest with David Letterman, discusses the challenges of using LEDs in broadcast environments. As a theatrical lighting designer working in both film and television, Baldassari brings LEDs to the gig, which also brings up some interesting technical issues. 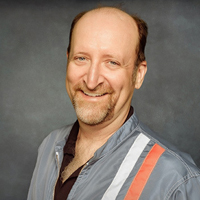