The Board of Directors of the New York State Broadcasters Association is honored to select FCC Commissioner Mike O’Rielly as its “New Yorker of the Year.” He will be recognized at the NYSBA Broadcast Leadership and Hall of Fame Luncheon during the NAB New York Show in October.

David Donovan, President of the New York State Broadcaster’s Association stated, “The Class of 2019 reflects the best in our profession. All have distinguished careers serving their local community. They truly represent the importance of local broadcasting. It’s an honor to induct them into our Hall of Fame.”

Former NFL star has “Quarterbacked” WFAN’s morning show for 12 years. He is currently the co-host of “Boomer and Gio.” After his outstanding football career, he served as a color commentator for ABC Monday Night Football. He was Westwood One’s lead analyst for its football broadcasts for eighteen years and set an industry record for broadcasting 19 consecutive Super Bowls. In addition to his work on WFAN, he currently serves as an in-studio analyst forThe NFL Todayon CBS television andInside the NFLon Showtime. As an NFL quarterback with the Cincinnati Bengals, New York Jets and Arizona Cardinals he passed for 37,920 yards and 247 touchdowns.

He is a Long Island native and still resides there. Importantly, Boomer Esiason has given back to New York. He heads the Boomer Esiason Foundation which has raised over 200 million dollars for Cystic Fibrosis Research for over 27 years. In addition, he has been an amazing ambassador for WFAN and a myriad of local charities particularly focusing on first responders and 9/11 survivors.

Williams is an award winning reporter and anchor for WABC-TV’s top-rated Eyewitness News at 5:00. She joined the Eyewitness News Team in 1991. Before that she worked at WNEV-TV in Boston, and started her career at WBTV-TV in Charlotte, North Carolina. She has been a broadcast journalist for 29 years.

Throughout her journalism career, Diana has covered important stories ranging from the troubles in Northern Ireland to illegal immigrant crossings along the Mexican border. She reported from Haiti on the one year anniversary of the earthquake that ravaged the island nation. Noted for her calm, professional manner during a crisis, she anchored coverage on September 11th during the critical early hours following the attack on the World Trade Center.

Diana’s interest in covering politics began while working in Boston during Michael Dukakis’ run for President. She was at the 1992 Democratic National Convention in New York City, and has covered conventions every four years since then. Her passion for politics led to her being tapped to host Channel 7’s weekly political round table “Eyewitness News Up Close”, focusing on important political and newsworthy issues of the day. Among her guests have been such political luminaries as New York City Mayor Michael Bloomberg, former New York Senator and Secretary of State, Hillary Clinton and former New York Mayors Ed Koch and Rudy Giuliani.

Ted and Amy in the Morning have been waking up Central New Yorkers on 93Q for 30 years. Ted Long and Amy Robbins were both born and raised in the Central New York area. Simply stated, they are an institution in Syracuse and Central New York. They have been recognized for eighteen years by the Syracuse News Times Readers Poll as Best Local Radio DJs.

Ted and Amy host numerous charity functions annually and donate much of their time to area schools and non-profit organizations. They are recipients of the “2013 Living and Giving Award” from JDRF, the International Toastmasters Communication and Leadership award, the Community Service award from Advocates of Upstate Medical University, the “Corporate Angel” award from the Mental Health Association, the Honorary Big Brothers Big Sisters award from the CNY chapter and are 2010 recipients of the Post Standard Community Achievement Award. They, in 2011, were also named the “Official Voices of the New York State Fair” taking over PA and stage duties during the annual thirteen day run. In 2017, they took over emcee duties for the City of Syracuse St. Patrick’s Day Parade.

When you think of Tom Jolls, many names come to mind, weatherman, “Commander Tom,” “The Commander” and Tom. Tom is an institution in Western New York, starting his career in 1951 in Lockport at WUSJ, then to WBEN radio and TV. He made the move to WKBW in 1965 where he became part of “Irv, Rick and Tom” for a 24 year run on Eyewitness News. Tom was the “weather outside” with a multitude of winter coats, the weather stick, weather guests and the weather word. His favorite weather word for a beautiful day was “salubrious.”

Tom was the cornerstone of children’s television in Buffalo. He created Captain Tom on “The Superman Show.” The show later became the “Commander Tom Show” and the Commander was born. Commander Tom is one of the fondest memories of any child that grew up during the 60’s and 70’s in Western New York. He continued the character for 26 years with his puppets. While he never became a meteorologist, the “Commander” was the person to watch to see what the weather was outside in Western New York. Always willing to help the community, Tom promoted backyard carnivals for Muscular Dystrophy. Over the years his efforts resulted in significant contributions to the charity.

Access to the Luncheon is included with the Digital Leadership Academy Pass, or you can add a ticket to any other registration packagethrough Registration. 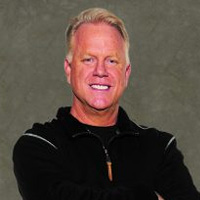 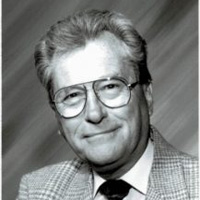 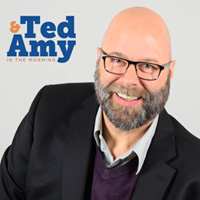 Ted Long
Radio Host
Ted and Amy in the Morning 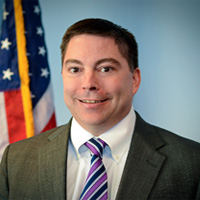 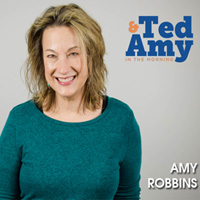 Amy Robbins
Radio Host
Ted and Amy in the Morning 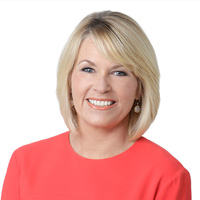